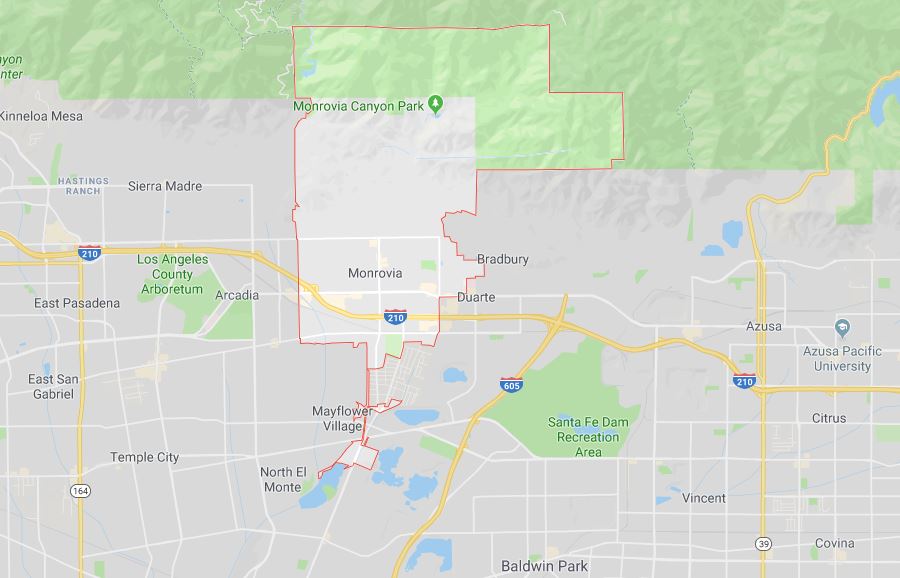 Next on our list of up-and-coming neighborhoods is a little farther to the northeast of Los Angeles. It is a little higher on the cost-of-living scale, but if you have ever been to Monrovia, you will probably agree that it has a lot to offer.

Situated at the base of the San Gabriel Mountains, the city of Monrovia is still just a 30-minute commute to Los Angeles (depending on traffic, of course). It is an even shorter distance to Pasadena. This city gets its name from William Monroe, one of the more important founders at the time the land was being settled. He built his permanent home at 250 N Primrose Ave, and the home site remains intact today.

Today, the biggest impact to Monrovia’s growth has been the addition of its Metro Gold Line station, which opened in 2016. The Gold Line runs from Pasadena to Azusa. Monrovia’s station makes this area more attractive to developers and commuters alike. In general, the presence of a Metro station often leads to an increase in housing prices, growth in commercial and residential real estate, and improved walkability. There is a trickle-down effect as well. The community becomes better connected because more residents are out and about, instead of in cars. Neighborhoods grow stronger by being more connected. Newer improvements like Monrovia’s bike sharing program further support that this community is benefitting from having reasons to get outside and enjoy all this town has to offer.

Home values have been on the rise in Monrovia over the last several years. According to Zillow, the current average home costs $710,000. This is steeper than the other cities we have looked at so far in this series, but Monrovia is likely to continue to grow more expensive. Values increased by 5.4% in 2018, and Zillow estimates another 2.9% increase in 2019. The median rental is $2,600/month. This is a little lower than the median rate of $3,195 for the Los Angeles-Long Beach-Anaheim metro area.

Expected growth in the real estate market, combined with a below-average foreclosure rate, gives further support to the notion that Monrovia will continue to be a go-to destination for buyers looking for a home in the greater Los Angeles area without being in the heart of the city. Ease of commuting, strong community ties and a growing base of investors, developers, and new businesses will keep Monrovia on many people’s radar.

Did you miss our previous cities? Catch up here: